The views from the dive shop are breathtakingly beautiful both by day and after sunset with the faint urban skyline of Dar es Salaam in the distance. We organise the dive equipment and head off on a short 20-minute boat ride to the dive site. We can see huge trawlers in the distance anchored approximately 800 metres from the dive site. Close to the tankers are smaller traditional style boats with fishermen onboard that use explosives.  We descend into the blue and begin to look for evidence of coral destruction. We are diving along the reef at a relaxing pace, and slowly my mind begins to filter out the world above and I adjust to the new underwater environment. I am in auto pilot as we glide in our newly found neutrally buoyant state through the warm water. 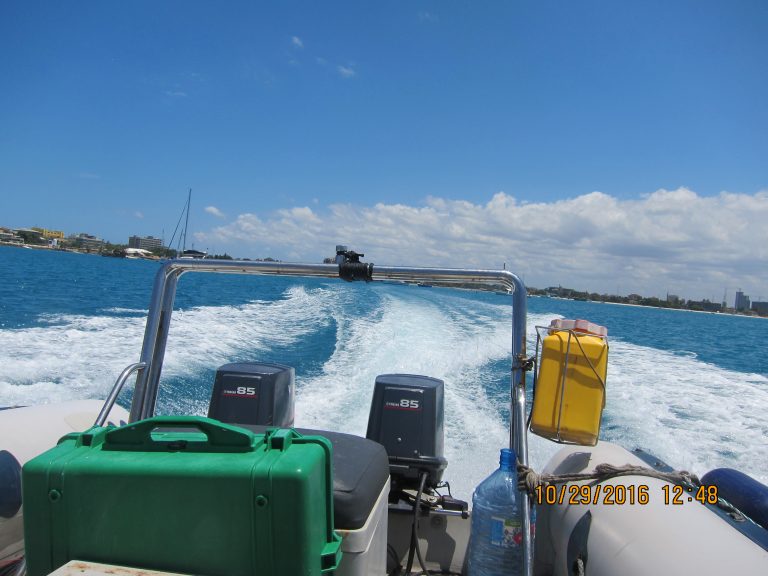 Approximately 10 minutes into the dive something happens that triggers a jolt of adrenaline and fear through my body. Both my body and brain simultaneously try to come to some sort of logical explanation as to what just happened. Gavin the dive instructor, uses underwater hand signals and to ask me if I heard the noise. I signal to him with my hands and saucer wide eyes that I did indeed hear the blast. There is no word to describe the sound and feeling of being underwater when an explosive device goes off, other than violent. The shock waves hit my tank with such an impact I instantly thought my air tank had malfunctioned and for a slight moment, I panicked. It was only when the sound travelled and hit off all the other divers’ tanks I realised what had happened. Another 4 blasts went off during our 50-minute dive, none of them as intense as that first initial blast which meant the dynamite fishermen were either further away or using smaller explosives.

Gavin showed me various patches of reef that have been destroyed over the years from the destructive fishing practice. We surface from the dive and discuss what had just happened. Experiencing the blast underwater gave me a clearer understanding of the sheer devastation that is occurring underwater in the Bay of Masasani and along the Tanzanian coastline. In 2015 a vessel that initially set out to survey whale and dolphin activity by using acoustical recording equipment, inadvertently collected data in terms of the frequency of bomb blasts underwater WCS Report.

I spoke with Hannes about the consequences of blast fishing and the implications on marine habitats and the dive industry. His concerns are warranted in particularly about national security. He poses the question “If it’s so easy to get explosives, how difficult is it for a terrorist cell to come here?”.  Easy access to explosives and lack of national security can be viewed as an attractive breeding ground for terrorist organizations emanating from bordering countries such as “Al Shabaab”. 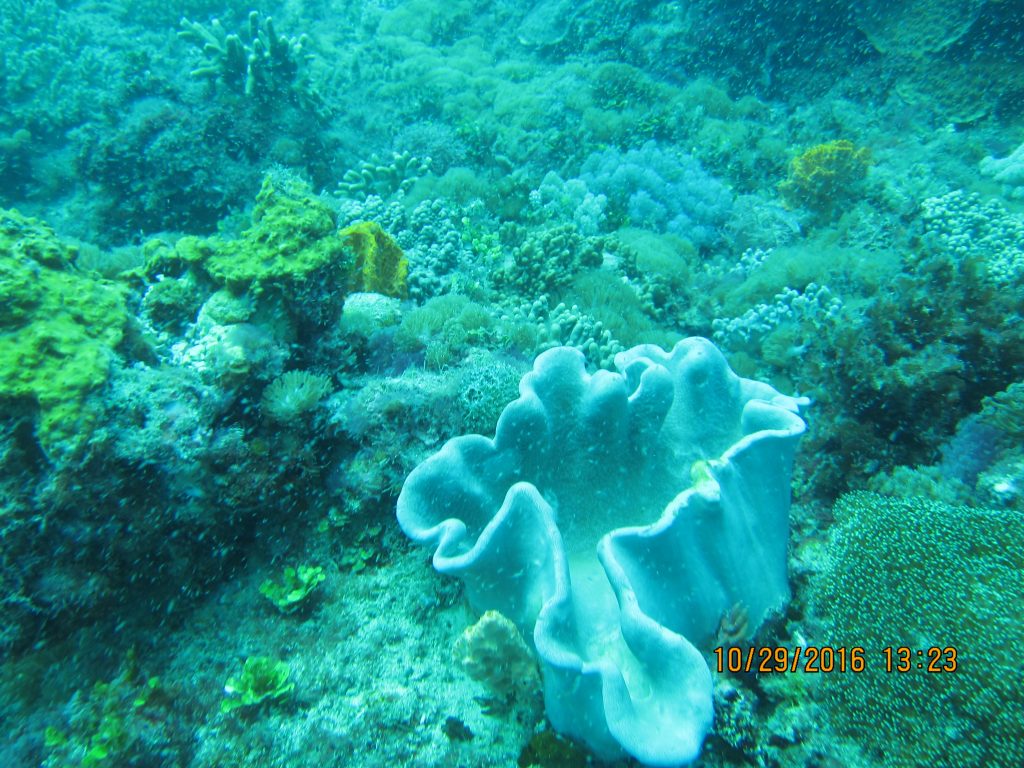 Corals can take anything from 2-100 years to repair depending on whether it is soft or hard coral and so the rejuvenation process is extremely slow. It is well established that many of the boats that are used in blast fishing practices are part owned by government and police officials and so there is no real culture of protecting the natural resource that coincides with any legal ramifications. There is no visibility on the water of any policing or patrol boats yet the dynamite fishing boats are very visible and can be seen from the shorelines.

Hannes tell me that “Tourism and marine tourism can offer a real and feasible alternative for dynamite fishers”. The coastline was proving to be a vital lifeline of livelihood for coastal communities. Both Hannes and Jack had spoken to me about the varieties of different types of illegal and legal fishing in and outside of Masani Bay.